Finding the best WiFi router for your home depends on several factors. Today, all homes have similar needs to use the Internet. First of all, it is better to know that a WiFi router in your home actually has 2 duties. The first is to create an internal network between the devices and gadgets inside the house and the second is to provide internet service to them.

Now let’s talk about the important factors in choosing a router.

From a technical point of view, a WiFi router is able to support a certain number of simultaneous users (devices) according to technical specifications such as WiFi standard, processor power and amount of RAM. The higher the amount of these resources, the router can serve more users at the same time. Usually, a home WiFi router can serve between 20 and 80 simultaneous users.

The most important factor in choosing a home WiFi router is the WiFi standard.Technically , the newer standards have a higher speed and are able to serve more users at the same time. So far, 7 practical WiFi standards have been introduced, 4 of which are being produced in the market, including : WiFi4 – WiFi5 – WiFi6.- WiFi 6E.

In general, it can be said that the more antennas a router has, the higher the speed and quality of wireless communication. Also, routers with more antennas can serve more users at the same time. On the other hand, the antenna power(Gain) of a router determines its coverage level. Usually, router antennas have a power(Gain) of 2dbi to 5dbi (dbi is a measure of antenna gain). The higher the antenna power, the greater the range covered by the router.

A router has two types of network ports, LAN and WAN. LAN ports are used for cable communication with internal network devices, and WAN ports are used for communication with the Internet. The more LAN ports you have, the more devices you can connect to the router via cable (If the number of devices you want to connect to the network via cable exceeds the number of LAN ports on the router, you have to buy a switch).

But the speed requirement for WAN port is slightly different from LAN ports. Since this port is only used to connect to the Internet and usually the Internet services are between 50Mbps and 500Mbps, we do not need a very high speed on this port. The speed of this port on routers is usually 100Mbps or 1Gbps.

Today, all the companies producing WiFi routers have put many security features on them. The reason for this is that in addition to providing internet services to users and equipment, they can also provide their security. These security capabilities can include all devices in the network, from mobile phones to smart home equipment.

Usually, companies try to put basic security features such as a firewall in the router for free and add other features (such as protection against ransomware) as additional and paid services.

Here our engineers have put together a list of the best home WiFi Routers: A router that has all its components designed for online gaming and supports all game consoles including PS5, PC gaming and even mobile gaming. This beautiful and eye-catching design psychologically makes the player feel superior throughout the game. Read Our Full Review:  Asus RT AX86U This router supports WiFi6E standard and is able to serve users at a speed of 7200Mbps. Switching to 6Ghz frequency band is a futuristic decision ,where the frequency interference rate is very low, which makes you experience an incredibly stable and reliable WiFi connections. Read Our Full Review : Netgear Nighthawk RAXE300 WiFi 6E How to Choose Office WiFi Router In a office WiFi network, users need to connect to wired clients and servers. So, the router should equipped by high speed ports. How to Choose Home Router When choosing a home router , you should consider two important cases : the size of your coverage area and the number of clients. 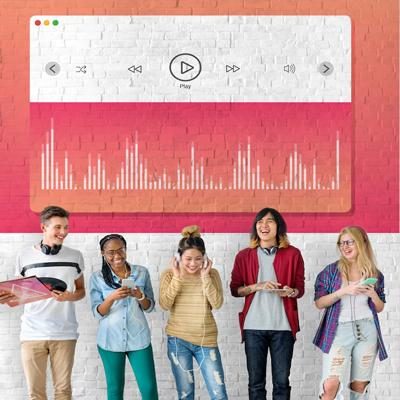